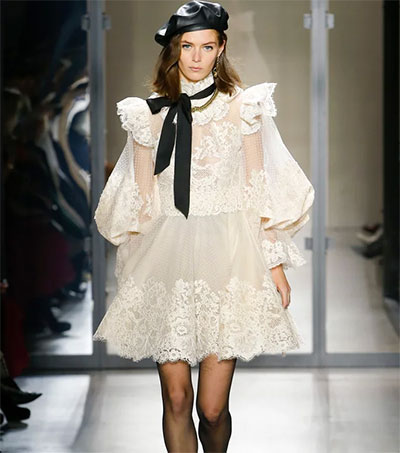 For its recent show at New York Fashion Week, in a collection called “Eye Spy”, Australian brand Zimmerman hoped some espionage of its own would add to its accolades. Sydney designer Nicky Zimmermann tapped into one of the greatest female spies of the last century for inspiration: New Zealand-born Nancy Wake.

Wake would come to work with the French Resistance during World War II and became the Gestapo’s most wanted person, dubbed the White Mouse, with a five million franc price on her head.

“She was bloody amazing,” Zimmermann enthused to The Australian from New York ahead of the show.

“I think [those qualities] build a fantastic person and I think that strength of character is so important to women. I loved the secrecy and subterfuge and her really being in control of her own destiny, and she chose to help people and do something significant.

“And she was cheeky, which obviously appealed to me.”

There is a 1940s-meets-80s aesthetic at play, which includes a study of corsetry “made modern”, high-waisted tie-front pants, wide belts and broad shoulder lines.