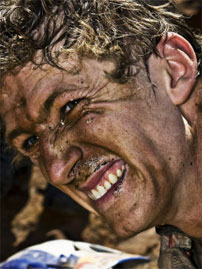 New Zealand’s top motor sports rider Chris Birch, 31, who recently took second place at the 2011 Roof of Africa race, will ride in the 34th running of the Dakar Rally, which begins 1 January in Mar Del Plata, Argentina, and ends 15 January in Lima, Peru. Birch has a long list of accomplishments including: five-time New Zealand Enduro Champion, three-time winner of the Roof of Africa, Red Bull Romaniacs 2010 Champion and South African Enduro champion. Birch, who is based in South Africa, says: “Having done many other rallies, the Dakar is the ultimate race, a huge challenge. Riding isn’t an issue; the biggest challenge is the length of the event and the lack of sleep. The main ambition is to finish.”