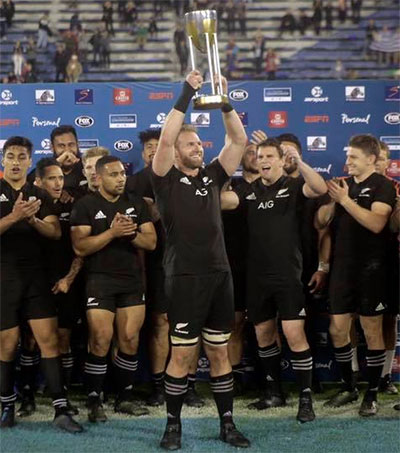 New Zealand has capped their fifth Rugby Championship victory in six years with a 36-10 win over Argentina in Buenos Aires.

The earlier 27-27 draw between South Africa and Australia in Bloemfontein had already ensured the All Blacks would retain their title.

New Zealand dominated the first half before captain Kieran Read and Matt Todd were later sin-binned.

“We ended up with a half of rugby that we aren’t overly excited about,” New Zealand coach Steve Hansen said.

“But we’ve got some great lessons out of it for a young group of players – losing your skipper was great for us because we ended up needing someone to lead the team,” Hansen said.

“I’m very proud we came here and played very well in the first half and did things right. It’s a difficult place to play.”