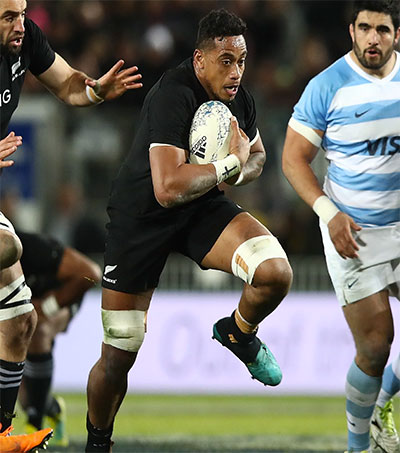 All Blacks Win Over Pumas in Nelson

Coach Steve Hansen gave his rearranged All Blacks a pass mark after their 46-24 victory over a much-improved Argentinian side in Nelson, but conceded they weren’t as good as they should have been.

Hansen made eight changes to his starting line up for the third-round Rugby Championship match, saying he needed to see how less experienced squad members could handle pressure if called up for next year’s World Cup.

The All Blacks outscored Argentina six tries to three for a bonus point victory that Hansen said was imperfect but showed a lot of resilience.

But Hansen said the All Blacks had still expected to win despite the changes.

“We expect to play well and we expect to win well, and even when we make changes, like we have, those expectations don’t change.”

The All Blacks next meet South Africa in Wellington at the Westpac Stadium on 15 September.