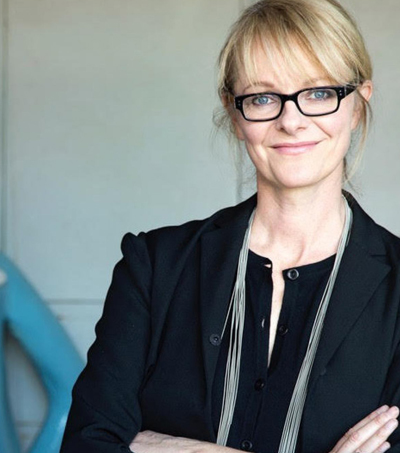 Miranda Harcourt on “The Changeover” And Whānau Values In NZ

“As a sought-after acting coach, Miranda Harcourt has worked with numerous major talents, including Nicole Kidman for her Oscar-nominated performance in Lion” and her “award-winning performance on HBO’s Big Little Lies. Together with her husband, she recently co-directed YA adaptation The Changeover. Indie Outlook’s Matt Fagerholm spoke with Harcourt about the film, her work as acting coach and “the importance of “aroha” (love) and “whānau” (family) in New Zealand.”

“There are less than five million people living in New Zealand, we all tend to know each other in the industry. Everyone works on everyone else’s projects, so it’s like the indie scene in New York or LA, but spread out over a whole country,” Harcourt said when asked how New Zealand’s tight-knit community was different to those in other countries.

She pointed out that her work as an acting coach focuses on “creating connections between people.”

“That creation of relationships is something I’m very committed to in my work. (…) That sense of connection through the therapeutic application of theatre and performance skills is very tied into the culture of Australia and the Pacific Islands, particularly New Zealand, because it is a very connected country.”

“The word for “love” in Māori is “aroha,” she said. “You’ve got to bring love to each other in order to form really good work, whether it’s cheese or films or theatre.”

Harcourt “trained at the Toi Whakaari: New Zealand Drama School” before playing “one of the lead roles in a successful soap opera Gloss for three years”.  She studied the use of drama as a therapeutic tool at the Royal Central School of Speech and Drama in London and worked in a variety of roles including at HM Prison Wormwood Scrubs in the Maximum Security D Wing as well as in a therapeutic center for profoundly disabled adults.

“All of those wonderful experiences allowed me to understand what I now call ‘reverse the flow,’” she said.  “Your work will only flow through the camera and into the audience if you really reverse the flow and make it about the other person. It’s a simple principle aligned with that concept of “aroha,” doing it with love, and that feeds into the work that I do now.”

To read more about Harcourt’s work on a variety of projects, please click here.