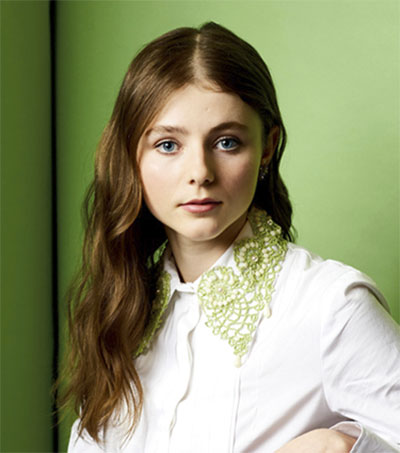 Rising Star Thomasin McKenzie Wanted to be a Vet

When she was a young girl in New Zealand, Thomasin McKenzie wasn’t sure what she wanted to be when she grew up. But she knew what she didn’t want to be. McKenzie sits down with media news site, TheWrap.

“My grandma [Kate Harcourt] told me that one day she asked me if I wanted to be an actor, and I listed every single thing I did want to be: vet, firefighter, teacher, zookeeper …” the 18-year-old star of Debra Granik’s Leave No Trace said. “And at the end, I said, ‘I do not want to be an actress’.”

In part, that was because McKenzie’s mother, Miranda Harcourt, was an actress and her father, Stuart McKenzie a theatre and film director. But by the time she was 13, she’d embraced the family business after playing a girl repeatedly raped by a policeman in a film called Consent: The Louise Nicholas Story. “It was a really heartbreaking story, but I came out of it thinking that acting gives me an incredible opportunity to have my voice heard,” she said.

In Leave No Trace, McKenzie plays a girl whose father, a vet suffering from PTSD played by Ben Foster, has raised her off the grid in a forested area. It’s a quiet film, but one in which the familial bond between father and daughter is palpable and deeply affecting.

“I loved the simpleness of it, and the fact that it was the complete opposite of a Marvel film,” she said. “There weren’t any explosions – it was truly following the life of a dad and a daughter. And also, I was really attracted to the fact that there weren’t any villains or antagonists or bad guys. Everybody was trying to do their best.”

McKenzie next stars in drama Lost Girls alongside Amy Ryan and Gabriel Byrne as well as True History of the Kelly Gang, based on Peter Carey’s novel of the same name.