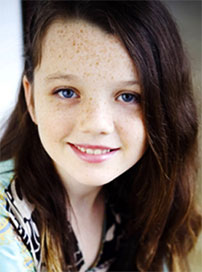 Fourteen-year-old Porirua actress Stefania Owen will play Dorrit, Carrie Bradshaw’s younger rebellious sister in The Carrie Diaries, the prequel of the iconic television series Sex and the City. Set in the 1980s, the show will follow Bradshaw as a Manhattan teenager. “[Dorrit’s] described as rebelling in the most obvious of ways: dying her hair, getting arrested, acting out. Dorrit is desperate for attention and willing to get it any way she can,”Entertainment Weekly’s James Hibberd writes. American Anna Sophia Robb will play the young Carrie Bradshaw. Both are protégées of acting coach Miranda Harcourt. Owen played one of Mr Harvey’s victims, Flora Hernandez, in Peter Jackson’s The Lovely Bones.