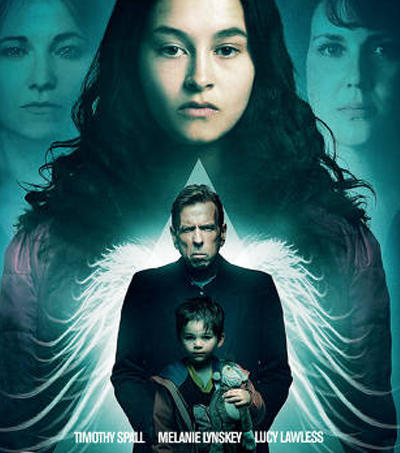 ‘The Changeover’ “a Perfect Genre Movie”

The opening weekend of ‘The Changeover’ – the New Zealand film of Margaret Mahy’s beloved, award-winning 1984 young-adult novel by the writer-director team of Miranda Harcourt and Stuart McKenzie, drew rave reviews from critics.

Notching 4/4 Stars from RogerEbert.com, Matt Zoller Seitz called ‘The Changeover’ “a perfect genre film… It’s the kind of movie that could become a sleeper hit…it’s special: assured but modest, full of surprises…like the incremental fulfillment of a prophecy…a kind of supernatural detective story.” Seitz says the film “about a teenage girl trying to save her kid brother after he’s captured by a malevolent creature, is a coming-of-age drama, a horror movie, and a “hero’s journey” film, rolled into one grandly entertaining package. It’s creepy, moving, and ultimately inspirational, and its more disturbing images stick in the mind. Every role is perfectly cast, every performance perfectly modulated, the writing, direction and technical credits are spot-on, and the story’s resolution is stirring and satisfying.”

Over at the LA Times, Noel Murray says ‘The Changeover’ “brings Young Adult fantasy magically to life.” Harcourt and McKenzie have “given the book an astute adaptation, balancing magical arcana with everyday adolescent turmoil. The impressive young actress Erana James plays the teen, Laura Chant, a low-level psychic who spends much of her days anxiously fretting about her rambunctious younger brother Jacko, while their divorced mother (Melanie Lynskey) works long hours at a bookstore. Then an unsettlingly friendly stranger, Carmody Braque (Timothy Spall), casts a spell on the boy, and begins sapping his life force.

Across the continent at The New York Times, Jeannette Catsoulis warns of “Stranger Danger.” She writes that “thanks to fine performances and a narrative that doesn’t hang about to admire itself, the movie goes down as easily as a love potion at a coven.

Slant magazine’s Keith Watson called ‘The Changeover’ is “a lively and engaging excursion into an unusually naturalistic world of magic” that “enjoyably pinballs between disparate fantasy styles. As directors, Harcourt and McKenzie eschew the soporific melancholia of teen fantasy films like Twilight in favor of a lithe, angular visual approach—including impressionistic close-ups and skittering, almost Michael Mann-ish handheld shots—that grounds the story’s supernatural goings-on in a sense of reality without draining them of their fantastical charm. Spall strikes a similarly appealing balance between plausibility and outright camp, digging into his villainous role with teeth-gnashing glee. Pitched somewhere between a deranged hobo and Mr. Dark from Something Wicked This Way Comes, his performance provides a fun yet menacing foil to James’s haunted, obsessive turn as Laura.”