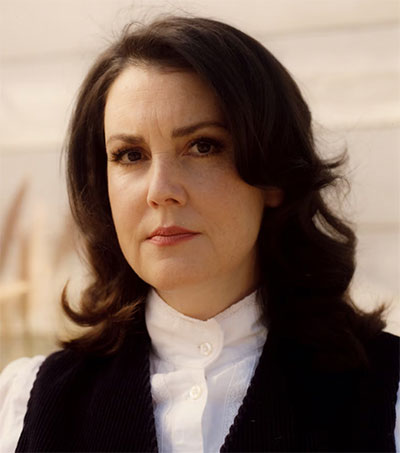 Ever since she starred in the psychological drama Heavenly Creatures at just 16, Lynskey has occupied a variety of dark, twisted roles that seem utterly at odds with her soft-spoken and down-to-earth disposition. In just the past year, the Los Angeles-based actor has taken on Betty Gore, the real-life murder victim of Candy Montgomery in Candy, as well as Shauna, a plane crash survivor with deep secrets in the ‘90s nostalgia hit Yellowjackets. The latter would garner Lynskey both a Critics’ Choice Award as well as her first-ever Emmy nomination.

“In Candy you play Betty Gore who is murdered by her friend Candy Montgomery. As a performer, what attracts you to tragic stories?” Marine asks.

“It’s not always fun,” Lynskey says, “but it is satisfying to play big emotions and things that are difficult and gritty.”