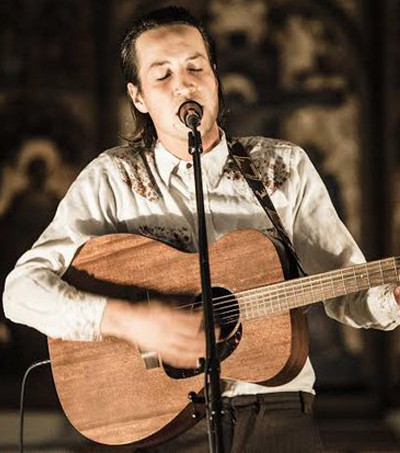 “It seems as though Marlon Williams is a storyteller, first and foremost. There’s a character who lives within the fluidity of each song he sings, driven by every cord he strums,” writes Daniel Harris for The405.

The “former choirboy turned classical music marvel” tells The405 how excited he is to be able to put out his music on a world-wide scale.

According to The 405, “Marlon Williams’ creations are detailed articulately over the nine-track tapestry, supported by the Kiwi troubadour’s marvelously distinct vocals, in a balancing act that poises between conceptually progressive country music and traditional folk values”.

Williams wrote most of the songs for his new album himself. “There’s a few songs that I didn’t write on the album and the ones I did were ones that I sort of really had to come up with them in the studio, pretty much,” said the New Zealand musician.

“I show a personal side on the album, but I just find it easier to do allegories as a vehicle for any emotions I have, because it means that I don’t have to confront them head on.”

As part of the project Williams delivered his own version of several traditional tunes like Bob Carpenter’s ‘Silent Passage’ and ‘When I Was A Young Girl.’  Williams told The405 that he wanted to sing those words and see what they felt like.

“I love the folk tradition of passing music on and being a part of it.”

“I had a pretty strong foundation of what those traditions were, what a folktale is, about how much you give away to the audience and those tools of communication in country so it’s grounding and it doesn’t really matter where you go from there. I felt free enough to not really worry and let it take its natural course,” said the Kiwi troubadour.