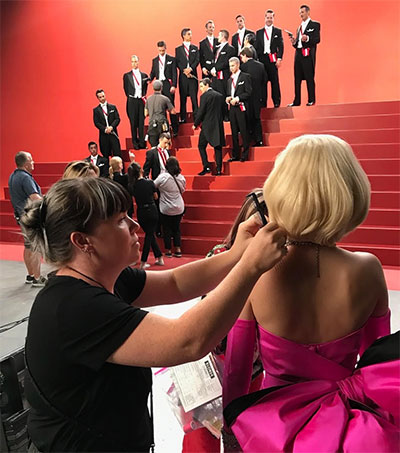 Jaime Leigh McIntosh is on a rare break. The Cambridge-born, Los Angeles-based hair stylist has spent the last three years leading the hair department for two of the most talked-about films of the moment: Don’t Worry Darling and the controversial Marilyn Monroe film Blonde, Lara Daly writes in a lifestyle piece for Stuff.

McIntosh, 43, has two decades of experience working on some of the biggest films in Los Angeles and New Zealand, including: King Kong, Avatar, Pirates of the Caribbean and Bombshell. Nearly every line in her bio is sprinkled with A-listers she’s worked on personally, from Kate Beckinsale to Michelle Pfeiffer, Margot Robbie and Elizabeth Moss, Daly reports.

Going from “cutting hair for farmers’ wives” in a small salon in Waihi, to heading up the entire hair department on Hollywood blockbusters has been quite the journey for McIntosh.

“Blonde was hands-down the most challenging film I have ever worked on, for so many reasons,” McIntosh says.