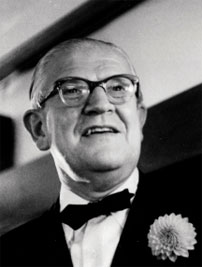 The life of New Zealand-born plastic surgeon Archibald McIndoe was portrayed in The Guinea Pig Club, a play recently on at York Royal Theatre. The play explored the unorthodox techniques of the man. At the East Grinstead hospital where he was based, McIndoe had a barrel of beer installed so his patients — who dubbed themselves “The Guinea Pigs” – could have a glass whenever they wanted. The man who was much sought after before the war for his surgical techniques – “He became famous for the McIndoe nose,” said playwright Susan Watkins – soon devised ways to help his patients. His techniques including using a saline bath for patients — after noticing that those whose planes had crashed into the sea did not suffer such severe scarring.