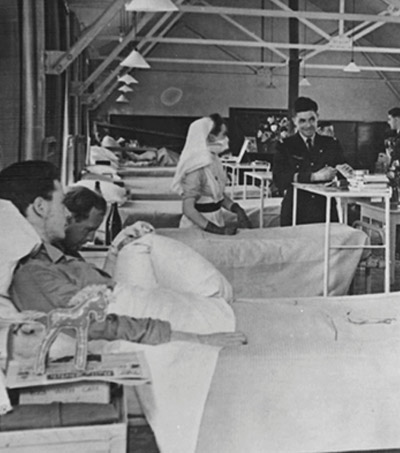 The beginnings of plastic surgery during World War II and pioneer New Zealand-born Archie McIndoe’s work with the Guinea Pig Club at Queen Victoria Hospital are related in an excerpt taken from Extreme Medicine: How Exploration Transformed Medicine in the Twentieth Century by Kevin Fong.

“McIndoe, originally invited to the United Kingdom to join the practice of his esteemed older cousin Harold Gillies, who had pioneered techniques of plastic surgery during the World War I, when a sailor burned at the Battle of Jutland was the first patient to undergo this type of surgery.

“In retrospect, the cosmetic results of these surgeries look primitive at best. But at the time, the idea that badly damaged faces might be reconstructed in this way was revolutionary. It would fall to McIndoe to refine and advance these techniques, and the air war of the Battle of Britain would provide his defining challenge.

“[…] Aesthetic considerations were at the heart of McIndoe’s work. It was not enough simply to provide protective coverage; cosmesis was essential.

“Ward 3 became famous for its feats of plastic reconstruction and notorious for the antics of its resident airmen. McIndoe resisted the militarization of the ward. The Queen Victoria Hospital was his – quite literally.

“Confronted with long drawn-out weeks of suffering, with free beer as their only real comfort, the patients of Ward 3 set up a drinking club … They knew at heart that they were the subjects of experimentation – however well intentioned. And so the drinking party reformed under a new name: the Guinea Pig Club.

“The practice of military medicine during the war focused principally upon the salvage of life and limb. McIndoe didn’t save the lives of the Guinea Pigs, at least not immediately. That task was achieved by the hospitals that received them. But McIndoe’s work and the experience of those he treated taught clinicians that there was something at least as precious as life that modern medicine might preserve.”