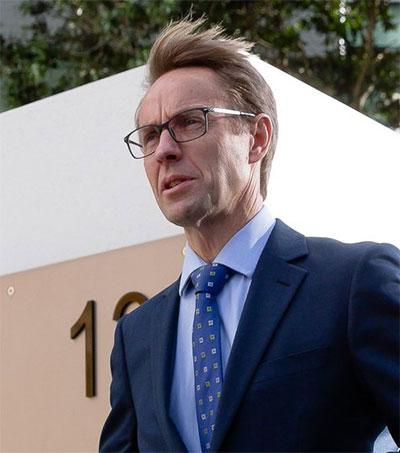 May the US Find Its Ashley Bloomfield

“It’s a dark time, with the days blurring together and the hours crawling by. New Zealanders may be known for our laid-back, generally cheerful demeanours, but truth be told we’re getting pretty ratty, pretty fast,” freelance journalist Tess Nichols writes for American online magazine, Slate. “What’s keeping us going?” she asks. “The daily briefings of New Zealand’s current obsession, an unlikely heartthrob, a mild-mannered health care hero: the national director-general of health, Dr Ashley Bloomfield.”

“Bloomfield is the New Zealand equivalent of the United States’ Anthony Fauci, but with more power to actually make the rules and less outright antipathy toward his country’s leader,” Nichols writes. “Every afternoon, Bloomfield fronts for the TV cameras (or more accurately, for Facebook Live), either alone or with Prime Minister Jacinda Ardern at his side, and in his gentle, measured way delivers whatever news he needs to, good or bad.

“Bloomfield is, at this moment, his nation’s collective dad. Dad is calm and reassuring always, even when his children (the press gallery) ask once again why they can’t go kayaking even though he just explained why. Dad doesn’t lose his temper, even though he is very tired. Dad wants us all to follow the rules, not because he gets off on the power of making them, but because he wants the best for us. This pandemic is fundamentally changing the entire way our world system functions, and it’s nice to feel like there’s an adult in the room who knows what to do next.

“It’s something I wish for the US, as I watch Donald Trump flailing about from one disastrous press conference to the next, with none of the people able to stop him seemingly willing to, and none of the people (like Fauci) who are willing to step in possessing the structural power to do so. It’s dire, and terrifying. In comparison to that daily car crash, Bloomfield’s boring civil servant competence is exactly the balm we need right now.

“Lockdown is forcing us into a period of cultural modesty: no hitting up bars, no hookups, no parties. We’re all taking daily healthsome walks, or baking our own bread, or taking up knitting, or seriously thinking about finally reading Middlemarch. That a calm, kind, blandly handsome health official should be one hero of this era seems only fitting. May your country find its Ashley Bloomfield, too.”