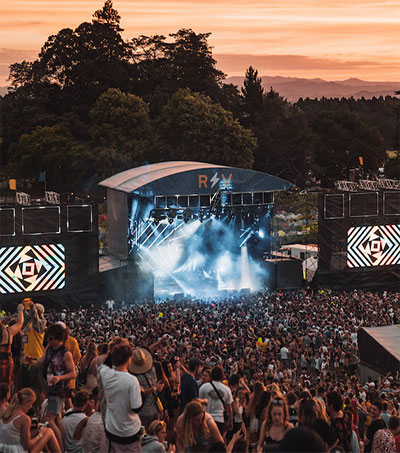 “While much of the world welcomed 2021 from home, some  20,000 revellers in New Zealand swarmed to the Rhythm and Vines festival, held annually at a vineyard near Gisborne.

“The videos from this year’s event are so jarring that they might as well be a rip in the time-space continuum,” Ng writes.

“This is what life has been like in New Zealand since 8 June, when the country’s first national lockdown was lifted. (There have been other lockdowns since, but they’ve been temporary and more regional.) As for Kiwis who don’t do festivals, you can see a steady stream of pictures and videos of them clubbing, going on group hikes, lounging on busy beaches – the start of the year being, in New Zealand, the middle of summer.

“I, and plenty of others, have watched with disbelief.”