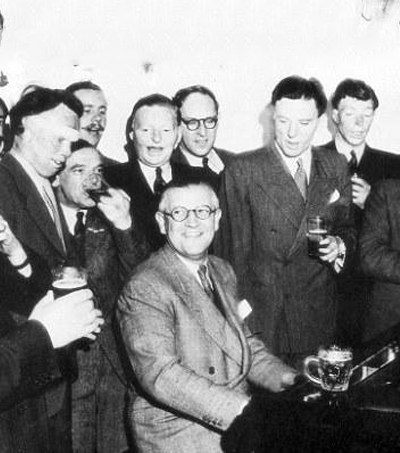 ‘The Guinea Pig Club’ about Sir Archibald McIndoe, the Kiwi plastic surgeon who gave horribly disfigured WWII pilots a reason to live, is just months away from getting the green light.

“The pilots used to go into the local pub and drink, and in a state of having a few beers they formed a club called the Guinea Pig Club – the qualification was you had to have had a number of procedures performed by McIndoe,” said screen writer Mike Riddell.

“That club became a lot of fun for them all, but also a means of mutual support, and it continued on after the war.”

McIndoe also worked with the local community to help them look past the physical defects, which is how East Grinstead became known as “the town that didn’t stare”.

“These were your Cambridge, Oxford, top-of-the-rank good-looking young men, and suddenly their lives were over,” said Riddell.

“In their own eyes they looked like monsters, and McIndoe set about trying to give them hope to live again.”

As part of the research for the film, producer Tim Sanders and his team interviewed a number of the veterans who are still alive, men who he describes as “amazing characters”.

McIndoe, who died in 1960, received honours from several countries.

To find out more about Archibald McIndoe read our Legends story.