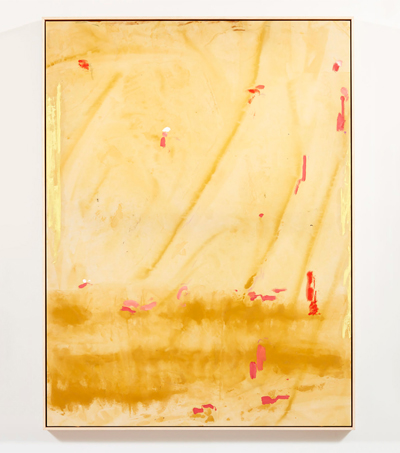 Auckland artist Matt Arbuckle is one of six artists featured in Grazia Australia as “most exciting emerging artists exhibiting as part of the Melbourne Art Fair.” Nicholas Carolan reports.

The Melbourne Art Fair, which runs from August 2 until August 5, “showcases the wares of 40 galleries presenting the works of some of the exciting artists, both established and emerging, from Australia, New Zealand and the wider region.”

Arbuckle “draws on landscape and photography in works of painting and drawing that are predominantly abstract and ultimately concerned with formalist issues of space, composition and mark-marking,” writes Carolan.

The other artists featured are:

Matt Arbuckle is represented by Auckland gallery Tim Melville and lives in Melbourne. He graduated from Auckland’s Unitec with a Bachelor of Visual Communication (Painting) in 2009.  In 2017 he won the Wallace Arts Trust Vermont Award for Mining for Bitcoins.