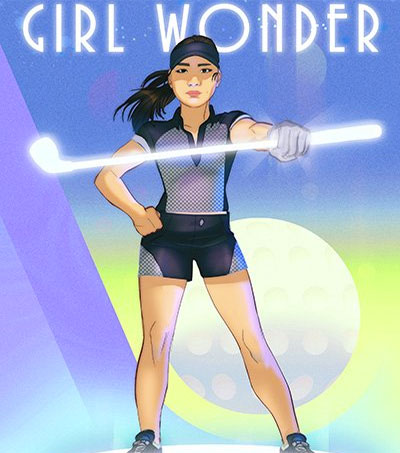 Lydia Ko, 18, might as well be a super hero, according to Korea Times correspondent Brian Han. That’s why Marvel teamed up with ESPN to give the New Zealand golf champion the comic book treatment along with 25 other female athletes that made a significant cultural and professional impact in 2015.

Ko’s Marvel name is Girl Wonder. It seems to be catching on as well. Ko’s swing coach David Leadbetter made sure that her spot on the range donned the name of her new alter ego.

“Amazing? Best? Legendary? Badass? Truth be told, there is no adjective that accurately describes golfer Lydia Ko and her feats in 2015,” ESPN wrote.

“To be so young and so talented and to be so humble and so sweet, she’s really the whole package,” LPGA veteran Brittany Lincicome said on Ko.

In 2015, Ko rose to the top of the world rankings before her 18th birthday beating out Tiger Woods’ record by four years.

She also won her first major, topped the money list at $2.8 million, took home Player of the Year and locked up five LPGA Tour victories.

Ko is a Girl Wonder indeed.