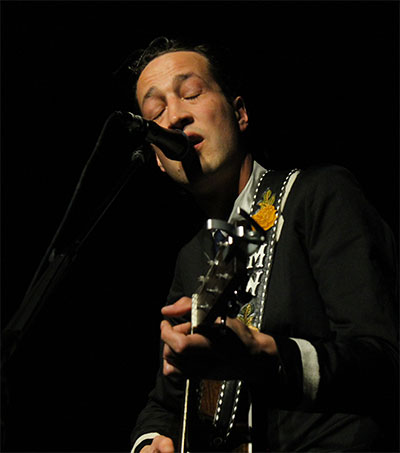 Oscar-nominated Hollywood actor Bradley Cooper’s film, A Star Is Born, featuring Lady Gaga in the lead female role, has been generating steady awards buzz since debuting at the Venice Film Festival last month and features a mix of industry talent, including our very own, Marlon Williams.

If stepping outside the box is very Gaga, then thinking outside the box is very Cooper. The director scouted for musicians to include in the film at small Los Angeles venues, like the Troubadour in West Hollywood. That’s where he found New Zealander Marlon Williams, after hearing about the show on the local radio station KCRW. Williams didn’t hesitate to play himself in the film.

“It was so wild and so crazy an opportunity to pass up. It’s a mad world,” Williams, 27, said.

A Star Is Born premieres in the United States on 5 October.

Williams is on tour in the UK and Europe from the 30 October, ahead of shows throughout Australia in January.