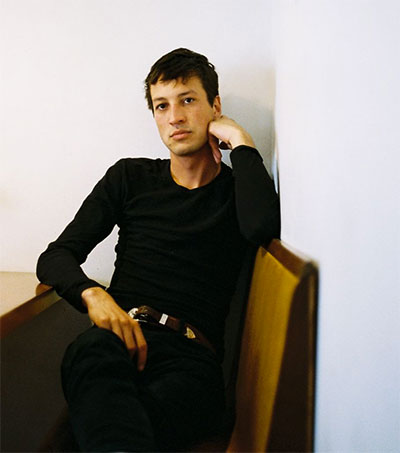 Marlon Williams on His Writing Process

The most popular and persistent myth attached to the songwriting process is that artists are driven by an absolute, desperate need to do it. As cliché has it, there’s never much choice involved in the when or the why, just an irresistible compulsion to write. But when New Zealand’s Marlon Williams, 27, talks about his own practice with UK newspaper, Metro his thoughtful honesty blows that myth out of the water.

“I’ve never found music to be necessary before,” Williams says down the phone from Milan, where he’s on tour promoting his current LP, Make Way For Love.

“I’ve always enjoyed making it, but never needed to. But with this album, for the first time everything felt necessary and it was a relief, because for an artist not to have a need to do it is a strange thing.”

As to whether the album was a revelatory one-off or marked a turning point, Williams says that because he hasn’t sat down to write since, “the jury’s out on that one. Historically, I don’t write until I’m literally going into the studio.”

“There are always ideas germinating, but I’m a little bit superstitious about putting pen to paper,” he says. “Because I don’t feel like I’m able to change it after that, I keep the ideas in my head until I’m ready. I’m a little bit fatalistic about it, I’m scared that what I write down will be bad, so I don’t write it down.”

Touring almost constantly until December can hardly be conducive to overhauling the writing process, either. Does Williams enjoy it? Again, the honesty, after a slight hesitation: “Yes and no. It’s survivable, for now.”

Williams performs at the UK’s Cambridge Folk Festival on 3 August and the Watt En Schlick Fest in Denmark on 4 August.