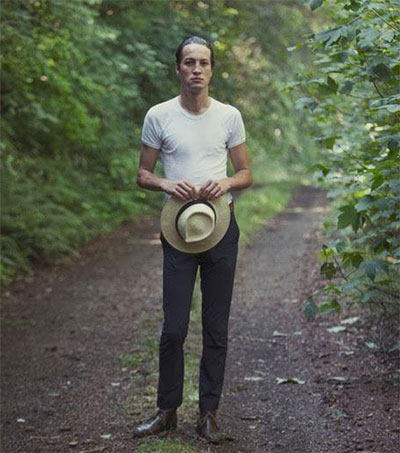 Marlon Williams’ Live Act Is Quite Something

“So often Clash will troop along to watch a new band, and their fringes will droop down over their chins, eyes pointed to the floor. Not so, Marlon Williams,” the music magazine writes. “A New Zealand-born talent, the singer’s magnetic, emphatic stage presence contains a near religious fervour.

“Signing a deal with Dead Ocean, Marlon Williams & The Yarra Benders have pieced together a series of UK shows.”

As a sign of what to expect, Clash unveils a new video “and it’s rather special.”

“Shot at the Theatre Royal in Christchurch, ‘Portrait Of A Man’ is a deeply personal rendering of a track initially performed by blues legend Screamin’ Jay Hawkins.

“The band swirls around Marlon as he stares straight ahead, his voice seizing hold of each word and wrestling it into the ground in a bloody frenzy.

“It’s quite something – watch it now.”

After touring New Zealand in early October, Williams heads to the United States, first playing in Los Angeles on 12 October. His UK tour begins with a night at the Lexington in London on 19 October.