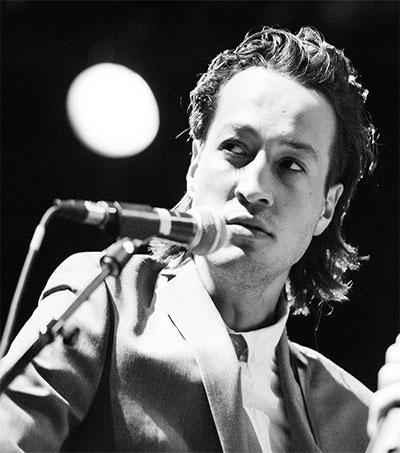 Marlon Williams Celebrates Where He’s From

Marlon Williams’ renown started spreading outside of New Zealand in 2015 when the highly renowned Bloomington, Ind./Austin-based label Dead Oceans released his excellent, self-titled solo debut, Justin Joffe reports for the Observer. Williams, 25, talked to Joffe recently and told him a bit more about his story ahead of his next show in New York at the Bowery Ballroom on 25 September and first playing with his newest band, The Yarra Benders.

“I’ve really been enjoying your record, and for some reason when you came through with Sam Beam and Jessica Hoop it just didn’t work out scheduling-wise, but when I heard you were coming back to New York I got really excited,” Joffe says. “As a fan of US country music, and particularly outlaw country and all the unsung heroes who died of liver failure in Texas who we don’t know about, I connect a lot with that energy and spirit on your record. But I started thinking about Kiwi culture and how pastoral it can be, that line of yours where you ‘smoke your mind across Australia,’ and then I started thinking about Nick Cave’s The Proposition, the Australian or Kiwi western. How entrenched are you in these themes from back home, how in touch with the country do you feel? Insofar as it’s typically regarded as an American genre of music, how do you connect with that back home?”

“I guess there’s two ways,” Williams replies. “There’s a natural elementary connection that happens between that connection and the place where you are, wherever that is. It’s a celebration of the place where you’re from. Secondarily, there’s the awareness of it having filtered through America, and the cultural awareness as a secondary device. There are levels of irony and subtly you can play on about the fact that it’s foreign music. There’s a couple of different feelings I have about it, based on those two positions.”

Joffe asks Williams if his sound is tethered to his Maori heritage.

“A huge part of Maori life is about sitting around with a guitar and [someone] singing harmonies over the top, so it’s folk music in an essence,” Williams says. “But that folk music was imported in the same way that country music came about. It was the blending of European musical styles with something that was inborn and of the area. Country music to me, it feels natural that it moves on to other parts of the world, it’s a linear course.”

Williams was born in Christchurch.