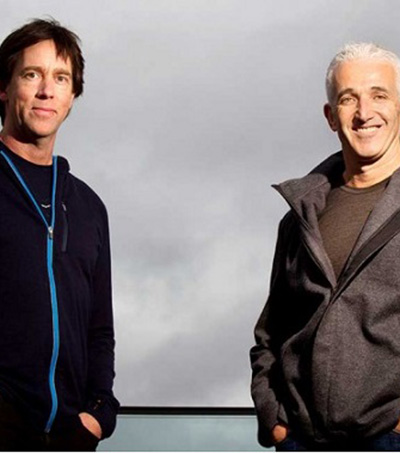 Fyfe a Great Fit for Icebreaker

Rob Fyfe, the man who engineered the turnaround of Air New Zealand after the airline’s Government bailout, is the ideal candidate to take over the reins at Kiwi global outdoor clothing retailer, Icebreaker, says its founder, Jeremy Moon. Both Moon and Fyfe are profiled by Bloomberg BusinessWeek, which was somewhat incredulous at Moon’s decision to sack himself and hire Fyfe when Moon is “decades from retirement age and without any intention of selling the business”.

“I’ve been focusing on running the business but I’ve got further and further away from my real passion point,” Moon told the business news agency. “So hiring Rob Fyfe is the right thing to do for me and the company.”

It was not an overnight decision, the pair reveal. There was a three-year courtship and the discovery of shared values, particularly around the necessity to balance continuity with change. It helps that both men also share a ribald sense of humour, a quirkiness that is apparent in the risqué marketing for both Icebreaker and Air New Zealand.

Business for Icebreaker is global: 22 branded stores; 4,000 resellers in 40 countries, a profitable online business, US$200 million revenue and 430 employees.

Fyfe’s old company is not doing too bad either. Air New Zealand has just lifted its stake in Virgin Australia Holdings, reports the Sydney Morning Herald, to 25.9%, the maximum allowable under Australia’s foreign investment rules. Virgin’s share price has risen nearly 10c since February to 44c.

With The Three Horseshoes in Somerset, the chef-patron of Rochelle Canteen, New Zealand-born Margot Henderson, and former gallerist and investor Briton Max Wigram are launching the most hotly anticipated new boozer…