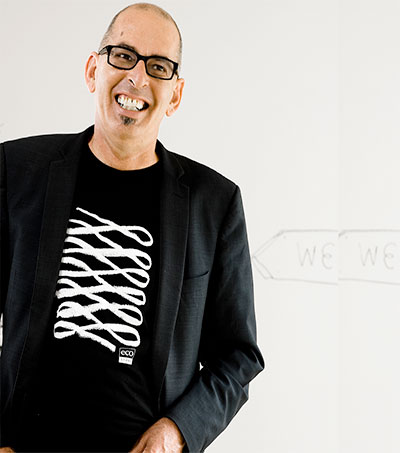 Making Eco Available to Every Body

For the past twenty years, New Zealand entrepreneur Malcolm Rands has run Ecostore – his plant-based detergents and body products company. Now stocked nationwide, in over 1800 supermarkets throughout Australia, as well as in the US and throughout Asia, there’s absolutely nothing that can be dismissed about Rands’ success, reports Australia’s Dynamic Business site.

His mission is simple: to make chemical-free products readily available to anyone who wants to buy them. Self-described as “a bit of a nomad”, Rands spends most his time between Auckland, and two and a half hours north at his permaculture ecovillage, where Ecostore was born.

Rands describes the problem he set out to solve as “What can little old me do about it? It’s all too hard, why should I be the one to suffer, and I just can’t be bothered.”

This is precisely why Rands stocks his products in supermarkets. While the purists may decree this to be against the ethics he espouses, stocking in supermarkets allows Rands to make the biggest impact he can. “Really, the relationship with the supermarkets comes down to the consumer, and since that’s where the majority shops, that’s where we’ve got to be.

Rand’s book Ecoman – “from a garage in Northland to a pioneering global brand” – was published by Random House in 2013.