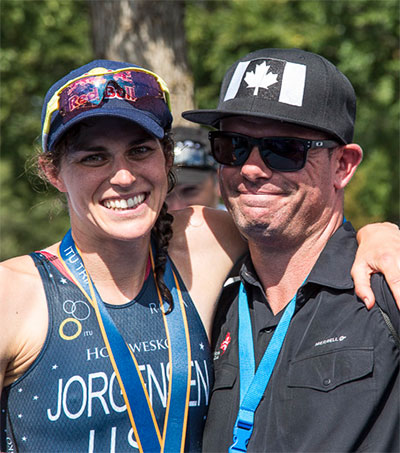 American Gwen Jorgensen’s decision to seek out New Zealander Jamie Turner as a coach was rewarded with the first US Olympic triathlon gold medal at the Rio 2016 Olympic Games.

After finishing 38th at the London Olympics, Jorgensen sought out Turner, who has coached swimming and triathlon in Wollongong since 1995 and who is the current Triathlon Canada coach. Turner conducted what he calls LSD – look, search and discover – to see if he and Jorgensen could work together.

“I’d be more interested in an athlete who had the discipline to make their bed every morning, rather than someone who’s run X-time for three kilometres,” Turner said.

The accountant and the Kiwi soon decided they liked the cut of each other’s cloth.

Jorgensen said her gold would not have happened without the Wizards.

“I’m a better athlete, for sure, 100 per cent, because of them,” Jorgensen said. Jorgensen calls Turner the best triathlon coach in the world. Eight of his squad competed in Rio.

But never suggest to Jorgensen or Turner that the American has made sacrifices.