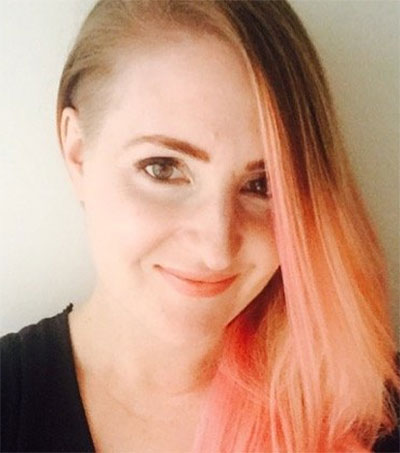 Co-founder and creative director of Makelight, a mobile device platform for live events, New Zealander Joanna Alpe, who is based in London, is included in a Huffington Post feature on tech femmes as part of Women’s History Month.

Makelight turns people into pixels and is hacking what is possible in live shows making for participation, the closest thing to connecting performers and audiences in real time.

Alpe is also the CEO of the multi-award winning We Love Inc, a design/brand strategy consultancy, which she founded in 2008, with clients including Sony Music UK, UBS Bank, Vodafone, Westpac NZ and World Vision.

Cohen, first heard about Makelight from one of the most amazing people he knows, “Irving Azoff preeminent music manager”, when Cohen asked him, “What have you seen lately that you really like?”, Christina Aguilera’s music manager responded saying, “Makelight,” and described it briefly – that was in September 2013. One month later, Cohen met Alpe, “at an Indian restaurant, for lunch in Shoreditch” and became her renowned chair shortly after. That speaks volumes coming from the man who’s been in the music industry since the early ‘70s.

Alpe’s artist ambassador, Arabian Prince, is the perfect spokesperson, himself an artist, DJ, technologist, futurist, straight out of Compton and a founding member of rap group NWA. His great admiration is evident saying: “She is amazing”. He first heard about her from Wearable IoT Labs cofounder, Kyle Ellicot. The Post talked with Prince about Makelight over lunch.

As the artist ambassador, Prince is enthused because he knows what it means first hand saying, “I knew it could change how people enjoy music and the whole experience. [Alpe] is such an innovative person, she has such a vision. Makelight turns everything into an interactive experience. A new thing for years to come. There aren’t many things out there where you can be part of a show. I think it’s going to be great, the way they create music. It will change the way they think about how they create.”