NZEDGE  >  News  >  Arts  >  Lorde Is an Author of Adolescent Evolution 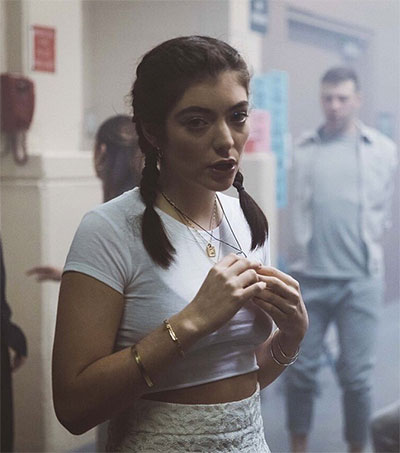 Lorde Is an Author of Adolescent Evolution

“You could drink the water content out of the air the first time I heard Lorde on the radio,” according to South Florida-based NPR journalist Cyrena Touros. “Spun between Imagine Dragons’ speaker-shaking ‘Radioactive’ and Justin Timberlake’s stadium-sized ‘Mirrors’, the sparse production and singsong pre-chorus of ‘Royals’ felt like that first blast of arctic AC after escaping August’s oppressive heat.”

“It sharpened your mind when you hadn’t even realised it had grown lethargic with the weather,” Touros writes.

“Given the fully unself-conscious swagger that carries Lorde across the stages of stadiums today, one might almost have repressed the memory of the twitchy, bushy-haired, 16-year-old singer who seemed to convulse more than dance at the 2014 American Music Awards and looked like she’d have preferred being set on fire to the unexpected attention involved in winning a Grammy.

“Out of all that, has an artist ever single-handedly captured the turmoil of teenagedom – the seizure-inducing flood of outsized emotion distilled down to a bare beat – better than Lorde?

“What’s continuously remarkable about Lorde’s work is her insistence on speaking to the experience of her age as it is lived.

“Using preternaturally mature talent to tell mature stories and priming these kids to be effortless performers denies their peers from the same age demographic an opportunity to see themselves reflected on stage. Lorde’s work is distinctive in that it is written by her and for her: a document of the nuanced fabric of one adolescent’s reality that has resonated universally.

“Wisdom and youth are not inherently opposite: Calling Lorde an old soul, as many writers have, denies her the potential to stand as an avatar for not only her generation, but for all young people with opinions and experiences that speak precisely to their age.

Auckland-born Lorde, 21, performs at the Festival Fauna Primavera in Santiago, Chile on 10 November and the following night at Club Cuidad de Buenos Aires in Argentina.