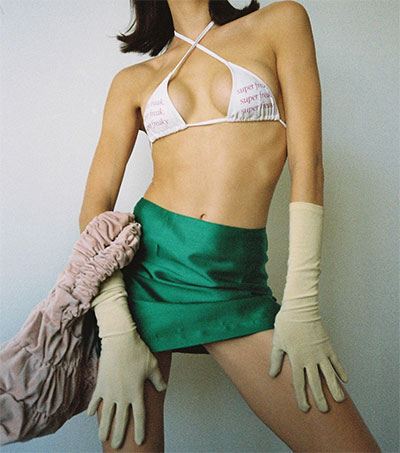 It was in The Mount as it’s known to locals, that model Becca Haeger launched what would become That Looks, which according to Zoë Kendall, reporting for Britain’s i-D magazine, presents as a shoppable editorial, or an editorialised shop.

Garments for sale are presented to the client, first, in a stylised full-look, meant to be taken in, considered, digested. They can then click-through to browse and purchase individual items, if they so choose, like a digitalised 90s catalogue, Kendall writes.

As creative director of That Looks, and with a background in both print and retail, Haeger effectively works as both fashion editor and retail director, dreaming up vibes, moods and looks to aspire to, and purveying them to a legion of devoted clients.

“Everything in the store is made by hand or in New Zealand. I think it’s nice to know when you buy something from That Looks, you’re supporting someone in some way,” Haeger says.