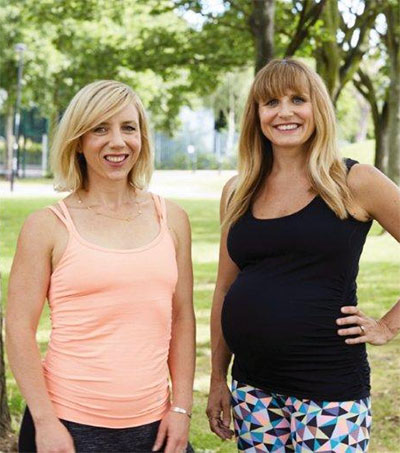 Frame gym, founded by New Zealander Joan Murphy, 36, (pictured right) and Briton Pip Black, 35, offers pay-as-you-go membership and classes, from ballet-inspired barre workouts to kitsch 1990s-style aerobics – imagine headbands, neon and Mr Motivator and you’ll be close – and has been busier than ever in January, having opened two new studios in central London.

Frame’s Fitzrovia studio opened on 18 January and one in Hammersmith on 27 January, bringing its total number to six, boosted by a recent £6 million investment from Piper, a private equity firm.

The first Frame outlet was launched in Shoreditch, east London, in March 2009, two years after Murphy and Black met while on holiday in Cornwall. Black immediately recognised a kindred spirit in Murphy: “We just clicked. It felt like we’d run parallel lives on opposite sides of the world.”

They shared a passion for sport – Black played hockey for England as a teenager and Murphy took part in many sports, including as a professional track cyclist for New Zealand, pole vaulting and triathlon – and both had carved out careers in advertising. “We were both feeling a bit like we didn’t want to be in this career for ever and wanted to do something linked with fitness,” Black says.

They felt there was nowhere that catered for their appetite for exercise that was fun and “not just running on a treadmill staring at a wall” and hatched a plan to start a fitness studio business. Within two and a half months of meeting, Black had quit her job and the pair had successfully applied for a bank loan of £100,000.

Murphy and Black have also designed a workout-wear range with Whistles, a pre and post-natal fitness programme, called MumHood and a training academy for aspiring instructors.

Frame is projected to turn over £5.3 million this year.