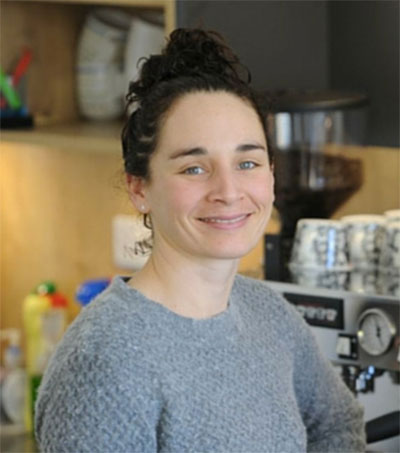 “[The café is] something I missed from home: the café culture in New Zealand in and Australia is very different from in England. It’s not just about grabbing a panini – it’s about eating interesting, tasty, healthy food,” Young says.

Four months ago, the school moved to bigger premises – encompassing a café, soon to be open for dinner three nights a week, and space for a micro-bakery, also on the near-horizon.

The cookery school runs classes in everything from beginners’ bread-baking to French patisserie, via sessions on sauces, knife-skills and a “global food safari” (a programme which, spread over several weekends, takes in specialities from around the world).

Living in Auckland, fresh produce was, Young says, always on the table. “We ate lots and lots of fish.” Cooking remained a hobby until, just before her final year of university, she decided to quit her studies to train as a chef. “I’d been working in a restaurant while I was at university, and it just took over: I realised that I loved it.”