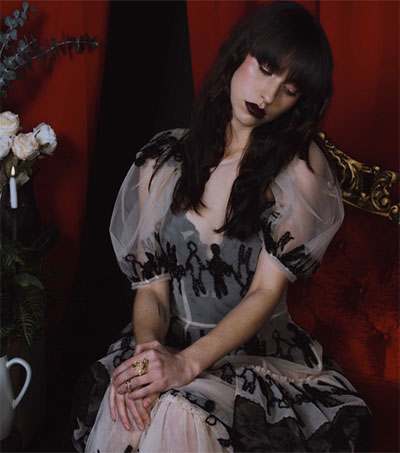 Kimbra Finds New Version of Self in Primal Heart

New York-based New Zealand-born “self-actualised star and feminist pop warrior” Kimbra, 27, is back with a new album and another version of herself, according to Interview magazine’s Erica Russell.

The glossy, neon sheen of Primal Heart is a slick container for the raw feelings contained within. Songs like “The Good War,” “Recovery” and “Human” explore the innate beauties – and difficulties – of what it means to be part of the human race, including frank discussions of sexual assault.

“In subtle ways, [moving to the city] brought out different kinds of strengths in me and has challenged me, because I think you have to be very independent in New York,” Kimbra shares. “Even setting up my own studio was a big deal; not working out of other people’s studios all the time and having my own space was liberating.”

The move, which resulted in what may be her most personal and profound album to date, also liberated Kimbra in another way. “I was able to move away from some of the decorations I’ve felt comfortable hiding behind in the past,” she admits. “I’d like to think this album is me sitting down and taking the listener’s hand, looking them directly in the eye and telling them my story.”

Primal Heart will be released on 20 April.