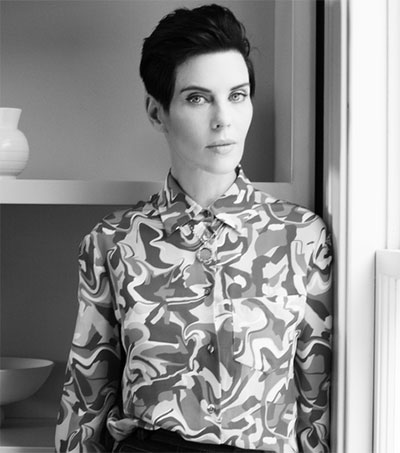 The BoF 500 is the definitive professional index of the people shaping the $2.4 trillion fashion industry, hand-selected by the editors of The Business of Fashion, based on hundreds of nominations received from current BoF 500 members, extensive data analysis and research.

“Known for her androgynous and offbeat designs, Walker first launched her label in 1989 but rose to prominence in 2000, when she debuted at New York Fashion Week. Having launched her label at age 18 with just NZ$100 and two t-shirts, she now presides over an international fashion, jewellery, and accessories brand. She trades on a punchy, tomboyish edge, pairing neons with pastels and floral prints with military touches,” the digital authority writes.

“She has been called the designer for anti-‘It’ girls, with a particular cult following for her funky sunglasses, favoured by bloggers and celebrities like Lady Gaga. Walker’s 1998 debut at Hong Kong Fashion Week increased her visibility dramatically, with Barneys picking up the collection of reworked business suits, entitled ‘Daddy’s Gone Strange’. Since then, she has steadily grown to be New Zealand’s most famous fashion export, with over 950 stockists all around the world. Although the company declines to release figures, Walker has revealed that the brand had seen an increase of 20 per cent per year on top and bottom lines for the past five years. In 2014, it was estimated that sales of the Karen Walker eyewear line alone would top $35 million. The Karen Walker label is a collaborative effort, with the designer’s husband, Mikhail Gherman, who is involved in marketing and creative direction.”