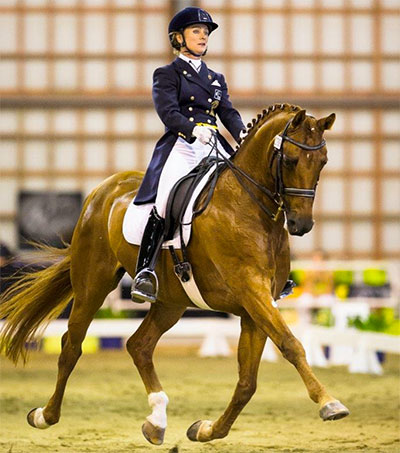 The New Zealand Olympic committee had said that Todd, 60, would become their most senior Olympian. But it has been revealed that Brougham, who will make her Olympic debut in Rio, edges him by “a year or so”.

“It’s an age old issue of whether you should ask a lady her age … well, in keeping with those manners it transpires Sir Mark Todd may not be the oldest in the New Zealand Olympic team after all,” the committee said.

Brougham, 62, will become the third New Zealander in the history of the Olympics to compete in the dressage.

She rides her own and her husband David’s Vom Feinsten, a 13-year-old chestnut gelding with whom she holds the Australasian grand prix freestyle record.

“I had tried to keep my age on the down low, but hey, now I’m an Olympian I may as well embrace it,” Brougham said.

Todd added: “I did quite enjoy being the elder statesman of the team, but am happy to concede.”