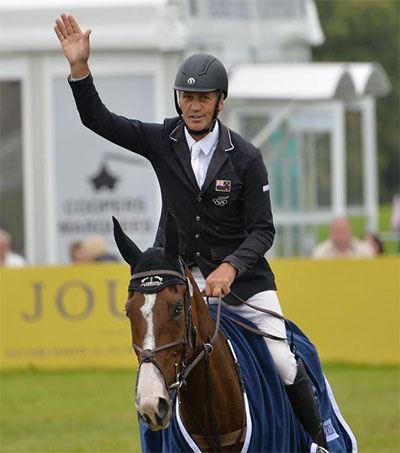 New Zealand show jumper Andrew Nicholson’s bid to claim a CIC*** class victory at the Barbury Horse Trials for the sixth year in succession came up just short after he had to settle for a double runners-up finish. Sir Mark Todd made it two Wiltshire new Zealanders on the podium in the ERM section as he finished third on Leonidas II.

Nicholson and his Badminton winner Nereo were pipped to top spot in the headline ERM class by Frenchman Thomas Carlile and Upsilon.

Nicholson knew he would also be up against to repeat his ERM success of 12 months ago.

“The cross-country went very well. I thought Nereo did a great job, I tried to ride him in a nice rhythm,” the 55-year-old said.

“I thought there is no good me scorching around, Thomas is a very good rider on a very good horse and he will be listening to the commentary and know what speed he has to do. I thought as long as I can keep up in second place, that will be good.”

Nicholson was born in Te Awamutu. He has competed at six Olympic Games.

Nicholson moved to England in the 1980s to further his equestrian career. When not competing, he is a horse trainer.