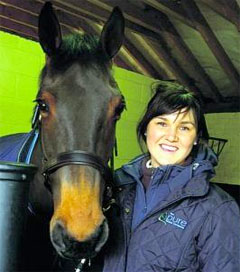 Leap to Victory at the Boekelo in the Netherlands

New Zealand eventer Lizzie Brown, 25, has claimed the biggest victory of her career, winning the 2013 Boekelo CCI3* in the Netherlands, ahead of veteran rider Sir Mark Todd.

Brown, who is based in Wiltshire, guided Henton Attorney General to victory, having taken the lead during the cross-country section, from Germany’s Peter Thomsen and Horseware’s Barney, who finished second.

Brown then came through winning the showjumping section, with countryman Todd and Leonidas II in third.

“I was pretty confident going into the showjumping because Frank [Henton Attorney General] is a very good showjumper,” Brown said.

Brown is originally from Cambridge. She has a degree in business management studies at Waikato University.