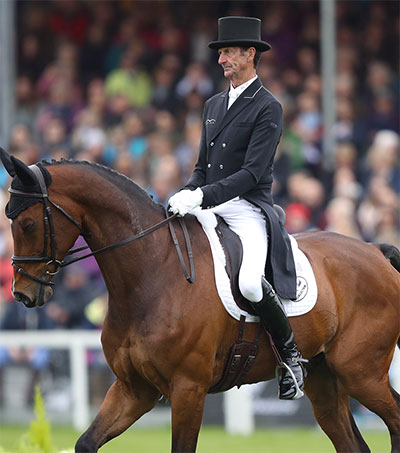 The 63-year-old, one of this country’s greatest ever athletes, made the announcement at the Camphire International Horse Trials in Ireland, where New Zealand confirmed their win by finishing first in the jumping.

Todd, who was named as the FEI Rider of the 20th Century in 2008, won two individual gold medals at the Olympic Games in 1984 and 1988, four Badminton titles and five Burghley crowns. He has competed at seven Olympic Games for New Zealand, including two where he rode in both showjumping and eventing; and a run of World Equestrian Games where he was on two gold medal-winning teams.

“I had been thinking about it for some time,” said UK-based Todd, who will now turn his focus back to racing. “The opportunity came up at the end of last year with the racing and I can’t keep going [with eventing] forever. I had initially thought I may stay on for one more Olympic Games but since I got back into the racing my attention has been taken away from the eventing and I was finding it harder and harder to focus on the eventing.”

“It is not just about the competition and unless you are 110 per cent focused and driven towards that goal, you won’t succeed … and I certainly wasn’t. In fairness to the owners, horses and others hoping to get on the team, this was the best thing. I have been here once before but there will be no comeback this time.”

“No one has given more to equestrian sport than Sir Mark and the legacy he leaves is an inspiration to not just equestrians but to all New Zealanders.

“No one will ever forget where it all started with Charisma and the way he has carried on with such dignity and grace to remain at the top of the sport for so long is extraordinary. We take our hats off to his achievements and wish him all the very best but we won’t be letting him escape completely.”