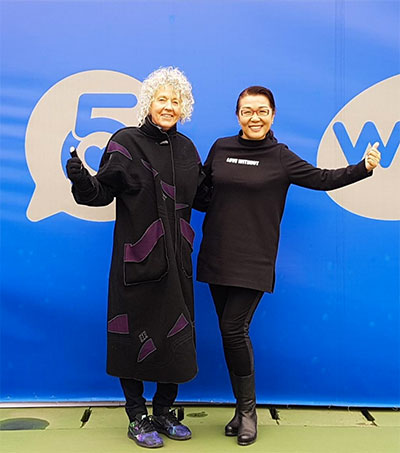 Experienced tennis professional Perry will join Li as co-directors of Wuhan Open, which provides US$2,828,000 in prize, held in the central Chinese city in September each year.

Perry was previously tournament director of the WTA Tour event in Auckland and has worked on the Wuhan tournament operations since its inaugural event in 2014. Wuhan-born Li is general manager of the state-owned Wuhan Sports Development Investment Co., the local operator of the Wuhan Open.

“I’m very excited to be working with Brenda as we lead our strong global team in Wuhan. We’re proud that we have a big female workforce in Wuhan, including a number of women in senior management roles. We also have a high proportion of female volunteers,” Li said.

“As strong supporters of women’s professional tennis, Brenda and Li are sure to be an outstanding team, and we’re especially proud to see the Wuhan Open appointing talented women in leadership opportunities throughout all areas of the event,” WTA Tour chief executive and chairman Steve Simon said.

The 2019 Wuhan Open takes place from 22 till 28 September at the Optics Valley International Tennis Center.