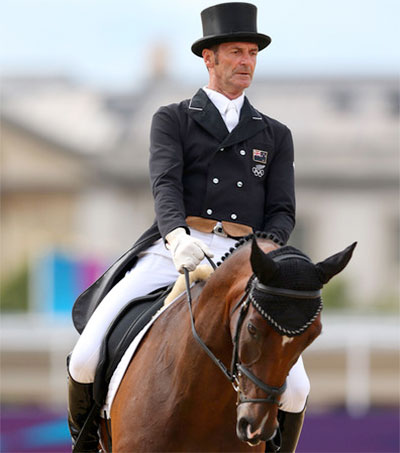 Sir Mark Todd was not from a horsey background, he tells the Swindon Advertiser, but fell in love with the sport from an early age. Little did he know, when he was borrowing a horse from his grandfather’s neighbour, the success he would experience later down the line.

“I was just a pony-mad kid from a non-horsey family, so where it came from I don’t know,” Cambridge-born Todd, 58, said.

“I always wanted to ride and I was fortunate enough that my grandfather had a farm and a neighbour of his was a well-known local equestrian rider. I used to go out there every weekend and ride with them.

“Then I started going through pony club and it all went on from there.”

Todd has led the way in eventing and achieved the remarkable feat of winning Badminton at his first attempt in 1980.

Since then he has tasted unprecedented success, including two individual gold medals at Los Angeles in 1984 and in Seoul in 1988, three Badminton crowns and a record five wins at the Burghley Horse Trials.

He confirmed he was still a force to be reckoned with when he won Badminton in 2011 and was recognised for his services to the sport in 2013 when he was knighted by Prince Charles.

“I have been fortunate enough to have a lot of highlights in my career,” he said. “I can’t keep going forever. My main goal is to get to Rio 2016 and have a competitive chance there of winning another medal.”