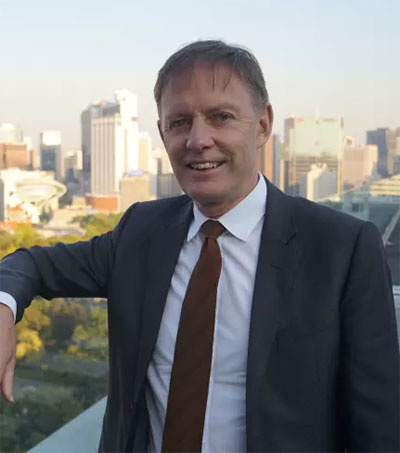 At Home in Seoul with Ambassador Philip Turner

“One way to experience something Kiwi in Seoul would be to order a flat white at a coffee shop,” Philip Turner, ambassador of New Zealand to Korea, told English-language newspaper, JoongAng Daily at a café on the 13th floor of Seoul City Hall’s in the centre of the city.

As the New Zealand Embassy is located in the Jeong-dong area in central Seoul, Turner almost never misses a day to walk through the area, especially along the popular stonewall road on the east side of the palace.

“I think Seoul is one place in the world where you feel history is very close,” Turner said. “The Jeong-dong area is especially so with quite iconic 19th-century buildings – European, American, British, French, Russian and Japanese. That was a period of great change in Korea.”

The area reminds him a lot of a place back in New Zealand – a pocket in Auckland with lots of 19th-century buildings that speak to the history of the country.

“Auckland was the capital city for 25 years,” Turner said. “There are some structures in the Auckland University area that speak about the city during this time, when quite a number of public buildings were being built, like the Old Government House, the Clock Tower and the High Court Building. The Jeong-dong area reminds me a lot of this area.

“[Wellington] is small but feels cosmopolitan at the same time – we call it the coolest capital in the world. It has a good bustling nightlife and people love living there because of the cool drinking and dining environment.

“Auckland is quite different – it is much bigger, more spread-out, but has a very nice climate for outdoor activities. It is sometimes referred to as the city of sails – so many people go boating, I think it may have one of the largest proportions of yacht ownership in the world. But I would also add that Auckland has become a new diverse city – 39 per cent of Aucklanders were born outside of New Zealand and 25 per cent of Aucklanders are Asian. There are about 40,000 Koreans, which makes up nearly 1 per cent of the whole population of the country.”