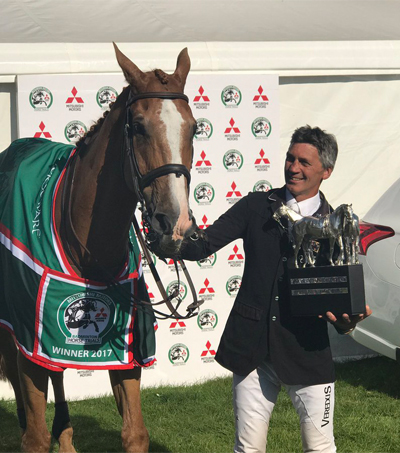 “New Zealand’s Andrew Nicholson has won the Badminton Horse Trials at the 36th attempt, two years after suffering a serious neck injury,” as reported in an article on BBC.

“It is an unbelievable feeling,” said Nicholson, as reported in Stuff.co.nz.

“To have waited so long, to be so near a few times . . . it is pretty hard but you just have to get over it and move on. I am lucky to be in a position to have that dream and come and put it in place.”

“The 55-year-old Wiltshire-based rider held his nerve in the show-jumping phase on Nereo to edge out Germany’s defending champion Michael Jung.”

According to Radio Sport “it was a fairytale finish with a very dramatic ending this morning which saw four Kiwi combinations in the top six”. Tim Price came in third with Xavier Faer and Mark Todd came in fourth with NZB Campino and sixth with Leonidas II.