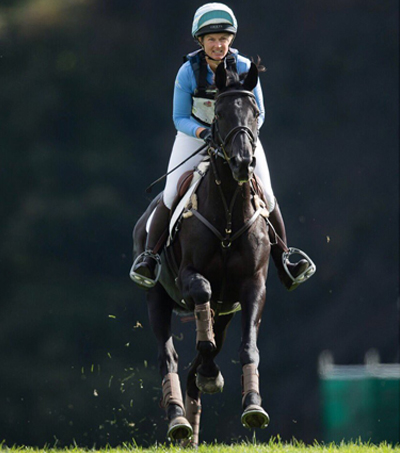 “Jonelle Price and her star mare Classic Moet have won the 2018 Mitsubishi Motors Badminton Horse Trials,” writes Lucy Elder in an article for Horse & Hound. Price is the first female winner in 11 years.

“The British-bred mare, by Classic, rattled several fences, but all the poles stayed firmly in their cups and the pair finished clear more than four seconds inside the tight optimum time.”

“It was so tight, I really thought anyone in the top-10 could have won it,” said Price.

“We haven’t ever jumped a clear round on the last day, but sometimes dreams do come true and you have to believe it is possible.”

“Last night I told myself it was going to take a clear round to win, there’s some very good horses behind me,” said Price, who rose 21 places after dressage.

“Classic Moet is a good jumper, she tries, but is a bit unorthodox in her style, it doesn’t come easy to her — just like everything else she does, she tries her heart out.”

“While Jonelle was on the same score as Oliver Townend and Ballaghmor Class ahead of the final phase (28 penalties), she was closer to the optimum time, which gave her the lead. Two rolled poles for Oliver and Ballaghmor Class dropped them to fifth,” reports the article.

“Congratulations to Jonelle on an unbelievable performance,” said Oliver.

“I have never seen nor do I think we will ever see a cross-country galloper like that again — I couldn’t keep up with her in the prize-giving!”