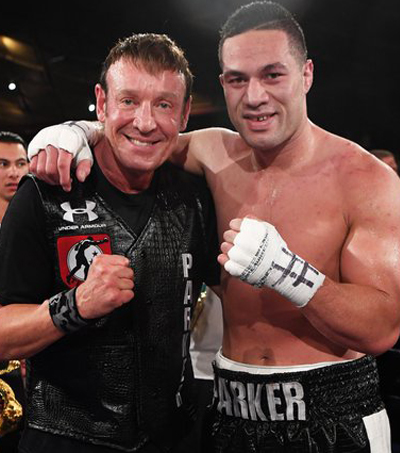 “We’ve trained very hard and Takam came hard, strong and prepared. We did this for myself, my team and you supporters,” said Parker.

“What a great fighter Carlos Takam is (…). That was a tough, exciting fight. I still have a lot to learn. We’ll celebrate this victory and then get back to the gym and train.”

“The 116-112 (2) 115-113 win gives him the right to challenge for the IBF heavyweight title against current belt holder Anthony Joshua from England,” according to the article.

The highlight of the 12 round fight was a vicious eighth round, “with Takam drawing blood before Parker responded in brutal fashion.”

“It was an epic contest by anyone’s standards, but it was made even more impressive by the speed and durability on show — something not normally seen in the heavyweight division.”

“It felt like he had a really solid jab. It was 12 rounds of war really. The key to victory was that Kevin (coach Kevin Barry) told me to step back and use my reach and box,” said Parker.

“I felt like I had him in the eighth. I hit him with a lot of shots to the head.”