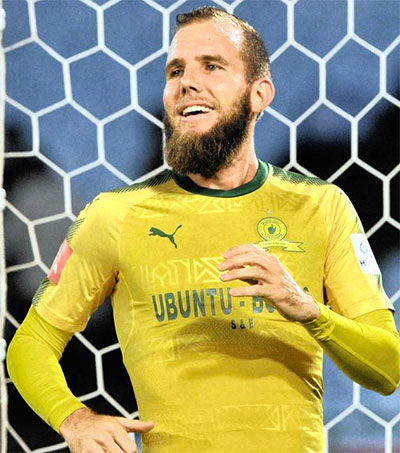 Before joining SuperSport United in 2015 from Wellington Phoenix, some friends tried to talk him out of what they saw as a dangerous country. Brockie, however, opted to go with his gut and says he does not regret his decision.

“I love it out here. South Africa is similar to New Zealand in many ways, so it feels like a second home to me,” Brockie said. “The wildlife … and, of course, another thing we share is our passion for sport in general. It was a good choice to come to the PSL.”

The All Whites international lives with his wife Jessica and their two children. They enjoy spending family time together on outdoor vacations, especially to nature reserves.

“As a family we have been to the Pilanesberg National Park at Sun City a number of times and to the uShaka Marine World. We have been to the beaches in Cape Town, Durban and the winelands in Constantia. South Africa is really a beautiful country.”

Mamelodi Sundowns are based in Pretoria.

Brockie was born in Christchurch.