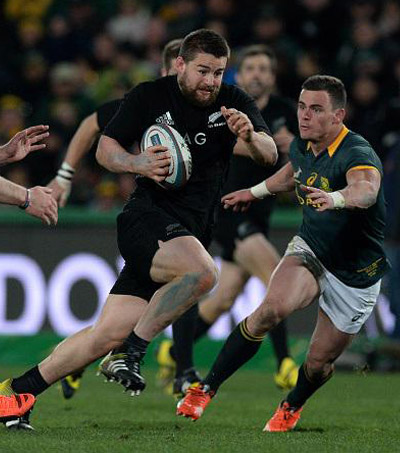 New Zealand captain Richie McCaw grabbed a late winning try to lift the All Blacks to a dramatic 27-20 win over South Africa at Ellis Park in Johannesburg.

The home side led for most of the match but just as in their defeat by Australia in their Rugby Championship opener they could not close out the game and they cannot now win the title.

“We were on the back foot for the first 40, but we worked our way back in the second half and started to get on top towards the end of the game. But it was pretty brutal,” McCaw told reporters.

“We managed to hang in there and it was about taking the opportunities we got. I was proud of the way the guys did that.”

The All Blacks next play Australia in Sydney on 8 August.