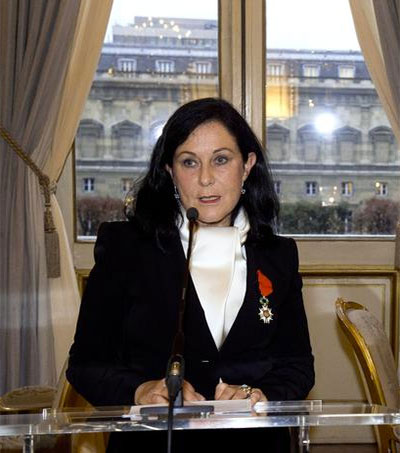 Jennifer Flay, who has been director of Paris’s premiere art fair Foire Internationale d’Art Contemporain (FIAC) since 2003, has been awarded the Legion of Honour.

On receiving France’s highest decoration, the Auckland-born Flay, 56, gave a lengthy speech thanking her parents, and told the assembled crowd that she hoped FIAC had made a “cultural contribution” to French life.

The French Minister of Foreign Affairs Laurent Fabius who awarded Flay the honour said she was a credit to both France and New Zealand.

FIAC’s 42nd edition opens at the Grand Palais on 22 October.