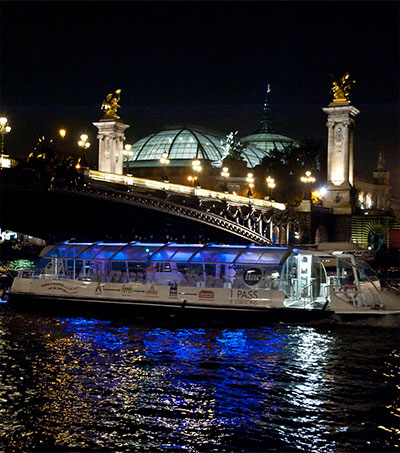 Jennifer Flay Banks on the Seine for Art Fair

New Zealand-born Parisian Jennifer Flay, general director since 2010 of the venerable event known as Foire Internationale d’Art Contemporain (FIAC), said she thought “long and hard” about how to top the fair’s recent successes – it attracted 74,567 visitors in 2014 – which have confirmed its special place on the crowded global contemporary art circuit.

The Seine offered Flay the “strong concept” she was looking for, one that is both obvious and often overlooked. Besides being one of the world’s best-known rivers, the Seine runs by most of Paris’s notable cultural institutions, and for FIAC’s purposes, its most celebrated museums. The Louvre, the Grand Palais, the Musée d’Orsay and the Musée du Quai Branly, the Palais de Tokyo – all these and more are grouped along the banks of the river.

Thus was born this year’s FIAC theme – “Musées en Seine” – which uses the river as a way to link not only the FIAC’s own multiple venues, but also some 20 other Paris museums along the way, accessible by a continuous service of leisurely riverboats dedicated to the four-day event, which ran 22 October to 25 October.

“It is a way to understand Paris in a very limpid way,” Flay said recently. “It slows you down, which is an appropriate way to approach different exhibits.”

FIAC has always been anchored in Paris and its artistic traditions, though its return to the city’s centre and the renovated splendour of the Grand Palais dates only to 2006. But Flay, who was FIAC’s artistic director from 2003 until 2010, wanted to make the link even stronger. “It should be in touch with all the institutions,” she said. “We need to put down our roots. We can’t exist in isolation.”