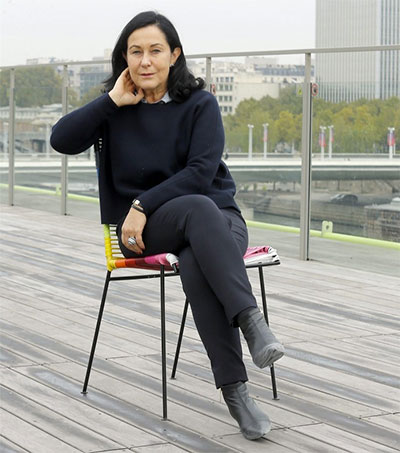 New Zealander Jennifer Flay’s neck was broken and she was being kept alive by machines after the car crash that nearly killed her. Most people who come back from these make-or-break moments in life find religion, others new meaning to life, but very few decide to take on an “insignificant” Paris art fair on the brink of collapse and succeed in transforming it into one of the most influential in the world, the Associated Press reports.

But there’s nothing ordinary about Flay, 56, who in 2003 defied her instincts to say “no” and took on the challenge to lead France’s Foire Internationale d’Art Contemporain (FIAC) – and herself – on an incredible journey.

Since then, FIAC has grown from next to nothing to become one of the world’s most talked-about arts events, attracting over 241 exhibitors from around 30 nations and churning out hundreds of millions of dollars in sales.

At its opening on Wednesday 21 October, Paris was alight with artistic events and performances, breath-taking installations in the Tuileries Gardens and the Louvre – and the fair spilled into the far reaches of the Seine river with a new forum that celebrates artistic up-and-comers from 17 countries called “Officielle.”

It was her grassroots knowledge of the gallery world and international contacts book that helped her rally support over the years. But more important, she says, was the fact that she was a foreigner.

“Not being French actually helped me as my Anglo-Saxon approach to things – more business-like, more pragmatic – got FIAC back on the map,” Flay told the Associated Press.

“It helped me not only get round obstacles, but ignore some that I didn’t even know existed,” she added.

Flay was awarded France’s highest award, the Legion d’Honneur, and has never looked back to her pre-accident life as a gallerist.