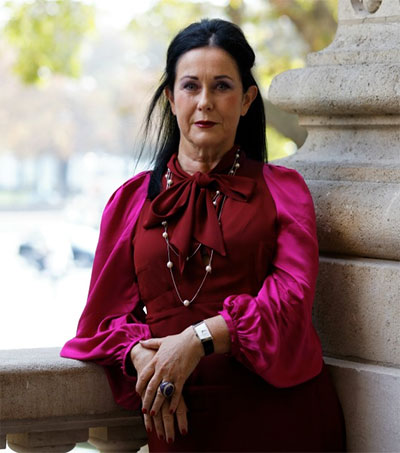 Flay who was FIAC’s artistic director from 2003 to 2010, is now general director. Her positive impact on the fair has been beyond reproach, according to Nicholas Forrest of art and lifestyle news site BLOUIN ARTINFO.

Flay spoke with Forrest ahead of the fair, which ran 20-23 October.

“FIAC is a subtle alchemy between the expertise and experience of the most renowned galleries in the world, the innovative vision of galleries who are defining today the taste of tomorrow, and the exhilarating promise of the new generation,” Auckland-born Flay says.

“As far as I am aware, FIAC is the only art fair in the world to be able to provide true museum conditions for our exhibitors. There are some really beautiful works being shown in the Petit Palais, including a great Damien Hirst ‘Fallen Angel,’ an ensemble of Abraham Cruzvillegas light sculptures, a new David Altmejd, a new Oscar Tuazon, and a new Guillaume Leblon – 38 artworks in total.”

During the fair, the city’s Avenue Winston Churchill was closed to ordinary traffic, and both the Grand Palais and Petit Palais, monuments to the Belle Époque, were united, giving visitors a chance to stroll along what was once an elegant esplanade, the New York Times reported.

In negotiating the agreement, Flay was mindful of crossing a red line that rings France’s public cultural institutions. “The French are very sensitive to any intersection between patrimony and commerce,” Flay told the Times.

“[In the future] I would like the fair to develop in a very organic way using Paris’ infrastructures,” Flay explained to BLOUIN ARTINFO. “We’re an exhibitor-friendly fair, and we’ll never be a fair of 400 galleries – we want the fair to remain accessible and on a human scale. One day, the fair will develop another project overseas, for sure. But it will have to make sense in terms of that city and its specific cultural conditions. That means that will also be a local team.”

In 2015, Flay was awarded France’s highest decoration, the Legion of Honour.