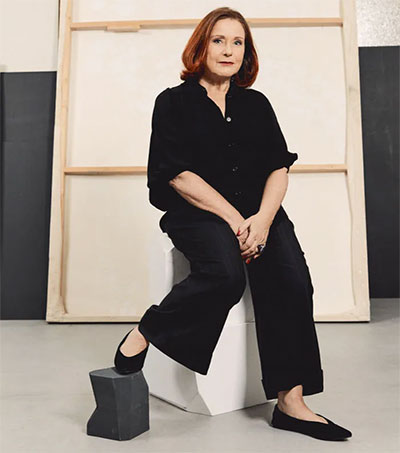 Flay, a former art dealer who opened her first gallery in 1990 in the Marais district, is straight-talking and approachable, Harris writes for the UK newspaper. She joined the fair as artistic director in 2003, moving up the ladder to director in 2010. The general consensus is that Fiac has flourished under her watch; Hors les Murs, the sometimes underrated public art programme, has excelled with commissions this year from artists such as Shana Moulton and Moataz Nasr.

Her mission statement is admirably clear. “Our primary role is to provide the conditions of a marketplace where our exhibitors can present works to the public in optimum conditions, and function commercially throughout the fair at all levels of the market, including the very highest. That is our primary role, I would never lose sight of that. But very high up there is our cultural and social role. Artists work for a large audience,” she says.

“We’ve always believed in helping emerging dealers; indeed, our Lafayette Sector has had a real impact,” Flay adds. Young galleries in this section can benefit from subsidies of up to 50 per cent; the 2019 selection includes Mariane Ibrahim Gallery of Chicago and Soft Opening of London.

Yet other challenges loom. Within two years, the fair will move out of the Grand Palais, its venue on the banks of the Seine, while the historic building undergoes renovations. The building will close in January 2021 and reopen for the Paris Olympic Games in 2024. For its 2021 and 2022 editions Fiac will decamp to Grand Palais Ephémère, a temporary venue in the Champ-de-Mars gardens near the Eiffel Tower that will host the events usually held at the Grand Palais. The location of the 2023 edition is yet to be confirmed, however.

For Fiac as for art fairs everywhere, location issues and other logistics pale in comparison to the climate change crisis, which fair organisers will soon have to confront head-on.

Flay points out that all art-world individuals may soon need to re-evaluate their carbon footprint. “It may happen in the future that people think twice about travelling long distances to see a show. It is interesting that this will potentially bring the focus back to regional and local situations. Paris is well placed. We are also looking closely at other things to ensure we are producing as little waste as possible,” she says.