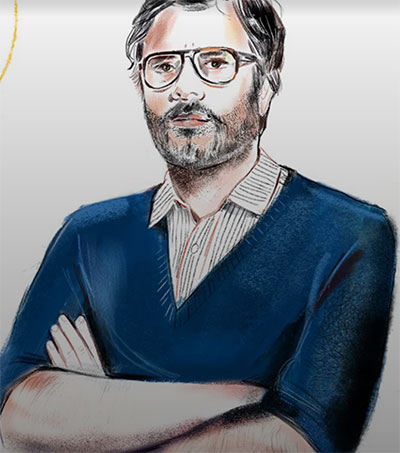 Jemaine Clement Prefers to See the World by Bike

New Zealand actor Jemaine Clement, 46, has spent the last two decades or so travelling from his homeland to Los Angeles and beyond for his career, and has come up with some pretty good tricks for passing the time on long-haul flights, Kaitin Menza writes for US publication, Condé Nast Traveler. In a February chat with the magazine, Clement shared that advice, rhapsodised about the need for jandals, and related his favourite travel memory, which is appropriately bizarre.

“Shoes take up so much space,” Clement explains. “Because I’ve travelled a lot, what I’ve done in the last few years is whenever I get new shoes or anything, I make sure that I get light shoes. That’s been a big change for me, lightweight shoes. I usually try and take jandals – you call them flip flops. I’ll teach you some New Zealand terminology. It’s good to have something like that just in case of a pool or beach or a filthy shower. You decide your fate. Then it’s the same thing with what we call togs, what you call trunks or swimwear. It’s good to have some togs, and they’re very small.”

“Sometimes I’ll have a fold-up bike,” he says. “It’s relatively small, and can fit in a suitcase. But now, cities have some form of CitiBike, or hire-a-bike. When I get to a city, I’ll download the app of their bike thing, and I use those as a way to see the city. I sometimes take my helmet that folds up.

“Getting from New Zealand to anywhere is usually a big deal. If you go to the northern hemisphere, that’s at least 12 hours. When you’re in the economy class, it can be tough. That’s really hard to relax. I just have to enjoy the movies and catch up on the sleep later. The Big Lebowski, I’ve watched a few times on the plane. It’s a good way to catch up. For a while I was on quite a Bollywood kick, which is quite fun. There’s a different kind of story-telling that can be really surprising.

“My wife is Greek, so we go to Greece a lot. I like the country more and more. We go to Athens, and then it’s very easy to go from Athens [to the islands] on a ferry. It’s pretty reasonably priced. There are so many islands – one might be two hours away, or you can sleep on the ferry and wake up there.”

Clement was born in Masterton. With Wellingtonian Bret McKenzie, as the Grammy Award-winning comedy duo Flight of the Conchords, he has released several albums and created comedy series for both the BBC and HBO.